Anyone who gets behind the wheel of a car must be insured. As a driver with a provisional licence, you may learn in a number of different cars: a driving instructor's, your own or a friend or family member's.

A driving instructor's insurance will cover you, so you don't need to worry about that, but you'll need to arrange cover for any other vehicle you're learning in.

There are a number of providers that offer it, including young driver specialist Marmalade and well-known companies such as Aviva and Admiral.

Learner driver insurance is designed to cover people before they take their test. There other insurance options, which we'll also look at below.

For those who have passed, check out our list of the best young driver insurance policies.

Learner drivers are not required to have a standard full-length insurance policy if they're driving someone else's car.

That means they can get a learner driver policy that sits alongside a qualified driver's existing insurance. The benefit of getting learner driver cover is that it gives you comprehensive cover in case you have an accident and protects the car owner's no claims bonus on their insurance policy.

It is not a form of duel insurance and it can sit alongside the insurance of any driver (as long as they meet certain requirements, such as being over 25), so it doesn't have to be the learner's parents.

There are a number of other features that make it suitable for learners that we'll look at below.

Check out our guide to the best insurance for young drivers.

Why should I get learner driver insurance?

The other option for getting cover as learner driver is being added as a named driver to a more experienced driver's insurance. That could be a parent, sibling or friend, but you will have to learn in the car they have the policy for and they will need to have a certain amount of experience.

However, because you are still learning the chance of having an accident is higher, which means the premium of the policy you are added to is likely to increase.

And if you do have a bump or crash it could damage the car owner's no claims bonus.

Because learner driver insurance sits alongside the owner's policy it protects their bonus and does not impact on their insurance costs.

Another option for learners is to get standard or new driver insurance. But these policies will cost more than learner cover and will last for longer, so if you fail your test and decide you want to have a break from learning for a bit you'll still have to pay your premium.

Learner insurance is tailored to be affordable, short term and have as little impact as possible on the existing cover of cars you drive.

Can I get learner driver Insurance for my own car?

Some policies will allow this and some will not, so make sure you've checked the cover you're buying.

Marmalade will not cover a car owned by someone with a provisional licence on its learner driver policy. It is designed to sit alongside an existing policy on another car. However, it is possible to get its new driver insurance for your own car while you still have a provisional licence.

From what we can see it looks like Aviva's learner policy will cover a car owned by a learner as long as they are always accompanied by a fully qualified and insured driver aged between 25 and 75 who has had a licence for at least three years. So presumably the qualified driver's insurance will also cover them to drive your car.

Some policies will cover you to take the test in your own car, even if they do not cover it for practice driving.

Whatever learner driver insurance you get it, it will only cover you for the specific car you list on the policy. So if list your parents' car you won't be able to practice in a sibling's vehicle.

That said, you can take out more than one policy, to cover more than one car (of course, the cost of this will be higher). You can also switch your existing policy to a different car than the one you originally took it out for mid-cover, for a £10 admin fee with Marmalade.

What does learner driver insurance cover?

Learner driver insurance is designed for people practising before they take their test, so there are many features that are different from standard policies.

The big one is the length of the policy. Because learners usually have lessons for a few months most policies give you the option of choosing cover for 30, 60 or 90 days. And they may allow you to renew for even shorter periods; Marmalade lets you select 7 or 14 days.

Although learner insurance is comprehensive, which means it includes damage to the vehicle, legal liability, personal accident, medical expenses and personal belongings, it may only cover certain cars. Marmalade's policy covers cars up to group 32 that are worth no more than £30,000.

As with standard insurance, learner driver policies come with a voluntary excess. For Marmalade it is £250.

And cover will end as soon as you pass your test, so don't buy 90-day policy if you're taking your test in a couple of months and make sure you have someone to drive you home if you pass, because you won't be insured! If you had a Marmalade learner policy you can get a discount on its new driver insurance after you pass.

Cover is usually instant, so as soon as you take it out you're ready to drive.

Yes. If you're learning on a family member's or friend's car you're legally required to have some sort of insurance. That can be learner driver cover.

How much does learner driver Insurance cost?

Just like standard car insurance, the cost of learner driver insurance is affected by personal factors, such as your age, the make and model of your car and the level of cover you choose.

Marmalade’s cover starts from £1.87 per day. You can get an exact quote on their website.

You can also compare learner driver insurance on comparison sites, such as confused.com.

What happens after I pass my driving test?

As soon as you pass your driving test, learner driver insurance ends. That means you'll need to have someone at the test centre to drive you home if you haven't sorted out a new insurance policy to start on that day.

If you're moving from Marmalade's learner policy to its new driver insurance you can get a discount.

Otherwise, have a look at our pick of the best insurance for young drivers. Cover is notoriously expensive for people who have just started driving so you may want to look at ways of reducing your premium, such as getting a black box. Learn more about how black box policies work and see the best providers here. 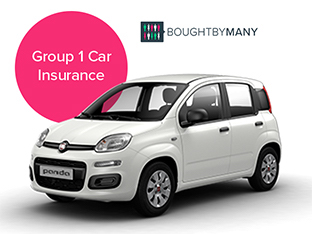 Summary Carrot Insurance is a newcomer on the market (founded in 2012), specialising in black bo...

Key policy information Sure Thing! car insurance specialises in hard-to-insure vehicles It will...

Although the cost of insurance for young drivers has fallen since we started our campaign last ye...