A survey conducted by Bought By Many of over 500 UK vapers has identified that 43% of respondents are not aware that their health insurance premiums are higher because they vape.

Our study was recently featured by The Mirror in its story about how vaping can invalidate insurance policies.

Most health or life insurance providers treat vapers the same as smokers because the companies usually ask about nicotine consumption rather than smoking cigarettes per se.

One exception is AXA PPP, which excludes e-cigarettes and vaporizers from its question about tobacco use. Bought By Many members can get an exclusive £100 voucher if they join our group offer for AXA health cover.

In general, if you vape, your health insurance premiums are higher, in the same way they would be if were you a smoker, despite Public Health England’s findings that e-cigarettes are believed to be 95% less harmful than smoking.

In fact, the report recommends e-cigarettes should not be treated in the same way as normal cigarettes.

The fact that health and life insurance policies do not see any difference between vaping and smoking seems to be confusing consumers, with 43% of respondents unaware that vaping is likely to increase their premiums.

If a vaper wrongly assumes a question about nicotine consumption only refers to smoking they could potentially invalidate their health or life cover by inadvertently giving incorrect information.

And a huge 85% of respondents believe that vapers should not have to pay the same health insurance as smokers.

For 77%, vaping has actively helped them stop smoking, leaving them with improved health (61%), better breathing and respiratory health (60%) and less nicotine dependence (58%).

Bought By Many aims to make insurance fairer for consumers. They offer exclusive discounts that have been negotiated for members and provide impartial information to help consumers understand policies they are considering or already own.

Bought By Many has Private Medical Insurance groups that offer 10% cashback and a £100 voucher to spend on nutritional products.

"There are 2 main issues to consider when considering vaping in relation to health insurance.

"From an insurer perspective there is a risk that customers answer "smoking" questions incorrectly. The likelihood is inadvertent, rather than deliberate non-disclosure although the outcome would very likely be the same in terms of non-payment of claim. Potentially, this problem could result in highlighted scenarios that end up in the financial press casting insurers in a negative light – we have seen previous similar issues in the industry around non-paid claims with little reference to non-disclosure. As such, there needs to be absolute clarity in terms of insurer application journeys wherever possible to mitigate this risk.

"From a customer perspective there is clearly a the lack of awareness that vaping increases the cost of premiums. Coupled with the fact that many customers use vaping as a stepping stone toward stopping smoking, there is the likelihood that customers will not only be paying significantly inflated premiums at outset, but that if they do stop smoking (normally for a 12 month period) then they could benefit from much lower non-smoker premiums."

"I think crowdsourcing like this is a great idea and of course, I was also really happy with my quote - took out the Premium service for m..."

We reviewed the latest independent research to create our list of the best life insurance polici... 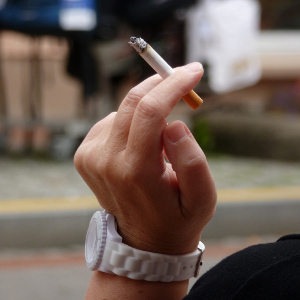 Pregnant women who are offered a financial incentive are more likely to quit smoking, research pu...