There are more than 6,500 Tesla Model S cars on the road in the UK and many believe that number will rocket over the next few years.

We got quotes from over 10 providers. Direct Line quoted us the cheapest annual premium - £1,264.

Elon Musk’s electric cars are still a new entity for British insurers, which can make getting reasonably priced cover a challenge.

This guide aims to help you find cheaper quotes from experienced companies for Tesla insurance in the UK.

Where can I get Tesla car insurance in the UK?

In the UK, Tesla offers its InsureMyTesla scheme through UK insurer Direct Line . Direct Line is one of the car insurance providers on our top 10 car insurers list.

In 2017, only Direct Line and two other providers on our list (Churchill and Aviva) offered us an online quote for a Tesla Model S 85.

However, all 10 allowed us to select Tesla in their drop-down menus of car makes, which means there could have been other information in our application that meant it was rejected. It could be that mainstream insurers may be able to give you a quote over the phone after they get a few more details from you.

We were also able to get an online quote from Admiral, which isn’t in our top 10 but we had heard British Tesla owners have been using it. However, the quote was one of the highest we received.

Although most insurers allow you to select Tesla as a car make, some online quote forms have not been updated to include ‘electricity’ as a fuel source and instead ask you select ‘petrol’ if you have an electric car. And most do not list Tesla’s inbuilt tracking service on their lists of tracking devices a car might have.

There are a number of specialist insurers that cover Tesla cars. Most don’t have online quote forms so you’ll have to call them, however, because of their experience with other owners they may be able to offer a cheaper quote.

Adrian Flux makes a big deal of insuring cars of the future and has even created a policy for driverless cars.

As with standard car insurance, another option is to use price comparison sites. Not all insurance companies are listed on them and some companies create cheap policies with less comprehensive cover to appear at the top of results but they can give you an indication of prices.

We had mixed results with comparison sites, as you’ll see below. Quotes on GoCompare for Tesla Model S insurance were high, but Moneysupermarket.com returned the cheapest quote we saw, along with lots of expensive premiums.

If you’ve had a good experience with your current insurer it may be worth speaking to them about covering a Tesla. Although they might not give you a quote online, if they value your business they should offer to help you over the phone.

If their quote is too high and you want to look elsewhere it will probably involve a little more work than insuring an internal combustion engine (ICE) car but the extra effort could save you hundreds of pounds.

Tesla revealed at the end of August 2016 that it is partnering with mainstream insurers to offer cover through its InsureMyTesla scheme. Today, InsureMyTesla is available in over 20 countries worldwide, including the UK, Canada and the USA.

In the UK, Tesla has collaborated with Direct Line to make the InsureMyTesla scheme available to Tesla owners in Great Britain and Northern Ireland.

US insurer AAA said in June 2017 that it will raise insurance premiums for Tesla cars based on data that indicated Model S and Model X had abnormally high claim frequencies and high claim costs compared with similar cars.

However, Tesla said: "This analysis is severely flawed and is not reflective of reality. Among other things, it compares Model S and X to cars that are not remotely peers, including a Volvo station wagon."

Tesla believes its autonomous driving Autopilot feature makes its cars safer to drive and that should be reflected in a lower insurance cost.

Some companies agree. US insurance start-up Root told the Automotive News website: "Autonomous vehicles are safer and will continue to get safer. It's proven in the data."

How much is Tesla car insurance in the UK?

Churchill is part of the Direct Line Group.

We had mixed results on price comparison sites. Quotes on GoCompare ranged from £3,698 to £7,188.

The cheapest quote we found on Moneysupermarket.com was £1,955.75 for a Model S p85d. But it got expensive after that, with the next 13 quotes between £2,000 and £9,000. The excess amounts varied between providers.

The specialist insurers mentioned earlier may be able to offer more competitive quotes.

We have seen anecdotal quotes on Tesla forums ranging from £500 to £2,000, so it seems it is possible to get more reasonable premiums.

It is difficult to estimate how much your insurance premium will be; it’s not just based on the value and make of the car but also personal circumstances such as where you live, your age and driving experience.

Find out more about how much UK car insurance costs here.

Our quotes were for a 31-year-old driver with a London postcode and no claims history. We said we were looking to insure a 2016 right-hand drive Model S with no modifications worth £69,000.

If you’re budgeting for a Tesla it seems like you should set aside at least £1,000 for insurance but from our research, we’ve seen a wide range of prices.

Why is Tesla car insurance so expensive?

There are two answers to this question; the first is that it isn’t actually that expensive.

Insurance for a Tesla Model S vs a comparable ICE car, in terms of size, speed and price, is likely to be similar. So if you’re making the jump from a luxury petrol or diesel vehicle you might not notice much difference.

But it is more expensive than cover for an everyday car. The average price of a car in the UK is around £30,000 and the average car insurance premium is £485. Considering Teslas range from about £60,000 to over £100,000, the price difference of our quotes makes sense.

The main reasons for a high premium is a car is expensive to buy, replace and repair.

Tesla Model S and Roadster models meet those criteria and are in UK car insurance group 50, the most expensive pricing group, which includes the Ferrari F340 and Maybach 62.

At present, there are not many authorised mechanics or parts suppliers in the UK so making any repairs after a fault or accident will cost more.

However, there is a feeling among some Tesla enthusiasts that insurers do not understand Tesla’s safety and security features that aim to cut the risk of accidents or theft and therefore make insurance cheaper.

The Model S has been given the highest safety rating score by the European safety certification body (Euro NCAP). And after five or six fires were reported it has already made design and software improvements to boost safety.

It is true that because of the small number of Tesla Model S cars in the UK they are a bit of an unknown quantity to British insurers and it is possible that if they become more popular and more authorised repair shops open, insurance prices will drop.

It’s worth noting that the Tesla Model S comes with an eight-year warranty on the motor and battery and a four-year warranty for the rest of the car.

Insurance for the Nissan Leaf and other electric cars

Despite Tesla’s high profile, it is not the most popular electric car in the UK.

And 29,000 people own the hybrid plug-in Mitsubishi Outlander PHEV.

Because these cars are significantly cheaper than the Model S their insurance premiums should be cheaper.

You can find a quote in the same way as with Tesla, if you have a trusted insurer see if they’ll cover you, otherwise spend some time checking out quotes from mainstream providers like Churchill, specialists such as Adrian Flux or use price comparison sites.

"This has saved me a few pennies on my holiday insurance as having a heart condition i have had to pay a lot of money for travel insurance..." 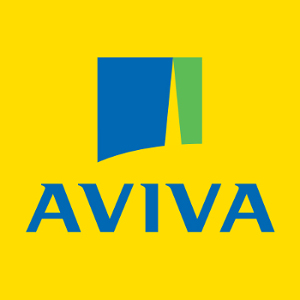 Summary Aviva is the largest general insurer in the UK. It's one of the major players in the mot...

How much does UK car insurance cost?

The average car insurance premium in the UK for comprehensive cover costs £471 a year, according ... 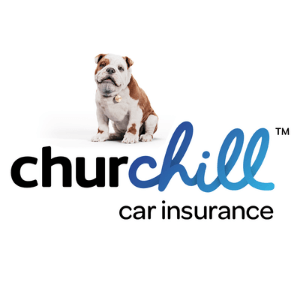 Key policy features Churchill offers a courtesy car as standard, with its comprehensive cover, i...

Key policy features Direct Line will provide a hatchback for up to 21 days in a row if your car ...

We've compiled this list using the top motor breakdown providers from the Which? ratings, online ...