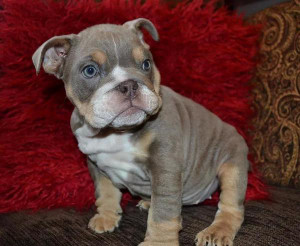 ITV today shared the sad news that Lila, a Bulldog puppy worth £16,000, who was stolen in October last year, is still missing.

Although this case is unique in that this puppy is a rare lilac Bulldog and worth such an extraordinary amount of money, it is ultimately a part of an unfortunately growing trend of pet theft, particularly in the south east.

Lila's story is particularly harrowing due to the level of violence involved when she was taken. With such a high street value, due to her being the only tricolour lilac Bulldog puppy in the country at the moment, it is no wonder she was such a target for thieves, though still a sad and shocking case.

We hope little Lila is found soon and returned to her rightful owner, and the same for all the other missing and lost dogs out there.

The following list presents the 10 bet pet insurance policies on the market in general. For cat- ...

Choosing the right kind of pet insurance for you and your pet is not an easy task. Many factors g...