We've looked at the figures for what holidays everyone is searching for, and the results may surprise you!

1. The Rise and rise of Airbnb.

The most obvious change is the hike in the popularity of Airbnb, with a rise of 32% in people searching for the peer to peer accommodation giant. Not that we blame them – while staying in a nice hotel in a luxury in its own right, you cannot sneer at the chance to spend the night in one of these stunning gems:

Airbnb host Jonathan says that, for him, Airbnb is “an evolutionary leap, to reestablish trust and a sort of intimacy with people you’ve never known before.” With the ever growing popularity of social networks and the easy communication it allows strangers across the world via comment threads and public groups, as well as the increase in consumers relying on independent and customer reviews when making a purchase online, it stands to reason that the sense of global community spills over to the travel industry, particularly as everyone usually comes out of it financially better off as well.

2. "You can't holiday with us" - it's all about exclusive member clubs.

Another growing trend, which is either related to global community or its counterpart, depending on how you look at it, is exclusive member-only travel clubs, such as Secret Escapes and Mr and Mrs Smith. The market today is flooded with deals and discounts, and it seems some people still crave the feeling of being a part of an ‘elite’ minority, getting exclusive access to special offers.

3. Happy ever after at Alton Towers.

Closer to home, it seems Alton Towers is having something of a renaissance, with an 11% growth in people searching for it since last January. A possible reason for the rise in searches for the popular theme park, is the imminent completion of the Enchanted Village, due to open in April 2015. With February half term coming up, it’s not surprising that the famous theme park is popular, though with terrifying rides like the Smiler, as… err… enjoyed by Olly Murs in the video below, it is not for the faint of heart!

4. A slice of Scottish idyll at the Tigh and Truish.

It seems not everyone want to follow the crowds to the thrill of a rollercoaster, preferring instead to head to Seil Island off the coast of Scotland, famous for being accessible from the Mainland via a bridge over the Atlantic. The Island’s local pub, the Tigh and Truish, has seen a rise in popularity amongst internet searches of nearly 2% since last year.

Another popular Island in the search engines is Necker Island, the private piece of British Virgin Islands heaven owned by Richard Branson. Although, as staying there costs upwards of £10,000, we think this may be due to the BBC series about the Island, rather than a legion of Brits flocking to its golden shores.

The travel industry, like all industry, is ever evolving, and affected by the changing whims and growing infatuations of the public. We believe peer-to-peer buying and recommendation will continue to grow and expand, which is alright by us if it means we get to stay in places like this:

"The questions were easy to follow and answer. You didn&#39;t appear to have a maximum age for your pets. Your quote was the best. It also..."

Travel Insurance after a Heart Attack

If you have experienced a heart attack and your doctor has given you the all-clear to travel, the...

As life spans increase, being 80 needn’t mean slowing down and people are staying fit, healthy an...

In the UK alone, around 5.4 million people are receiving treatment for Asthma – that is around 1 ...

Travelling the remote areas of the world for months at a time means that backpacking can be the t... 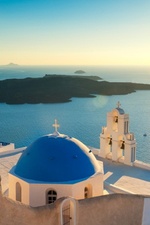