The best Netflix shows about cats and dogs

Seventy-four percent of Netflix members have watched TV with their pets, according to its 2018 survey. No wonder there are so many great shows about pets on the streaming service.

We asked over 40,000 pet owners what they want from pet insurance and gave it to them. Learn more about our unique pet policies.

We've sniffed out the best pet shows to watch on Netflix. Here's the list!

What it's about: "Just how important is the Westminster Kennel Club Dog Show?", asks a voice behind camera. "Kentucky Derby, Wimbledon, Muhammad Ali, The Super Bowl, all of it," comes the definitive response. In this first episode of 7 Days Out, Netflix gives us an exclusive behind-the-scenes look at the most glamorous dog pageant in the world. It's a big deal and a lot is at steak for the owners. Tensions run high, dog groomers are working on all cylinders, owners are doting on their dogs, the audience is in delight and judges are judging. The incredible selection of breeds and sizes makes this show a real pleasure to watch.

What it's about: This is a heartwarming pet show. The 6 episodes explore the bond between humans and their dogs across the world. It features: a refugee trying to smuggle his dog Zeus to safety from war-stricken Syria, an epileptic girl whose service dog Rory provides invaluable help and companionship, and a dog adoption advocate's fight for the lives of shelter dogs in New York. It's a celebration of the connection between humans and dogs.

What it's about: Super vet Noel Fitzpatrick invites us to his veterinary practice in Surrey to demonstrate cutting-edge veterinary medicine. He uses neuro-orthopaedic techniques to reconstruct lost limbs and bones for cats and dogs that have been through serious accidents. We see a cat called Oscar get a second chance with new back legs, a Border Collie receives a bionic knee and another pet that has its pelvis rebuilt. It's emotional and keeps you on the edge of your seat as you're waiting to find out if Fitzpatrick's treatment has worked.

Keep an eye on our Facebook page for a chance to win tickets to this year's DogFest with special guest Noel Fitzpatrick. We're sponsoring the event!

The Lion in your Livingroom

What it's about: This one-off cat documentary seeks to demystify the enigmatic nature of domestic cats. Why they purr, what their meows mean, how they communicate with us and why you won't know something's wrong with your cat until it shows severe symptoms. It's a brief history of cats made by cat lovers for cat lovers.

What it's about: The programme delves into Canada's cat pageantry circuit. The main stars of the show are cats Bobby and Oh La La and their competitive owners Kim and Shirley. Bobby, a low maintenance white Turkish Angora, used to be the judges' favourite until Oh La La enters the beauty pageant scene. Oh La La, is a ginger Persian, who in her owner's words "has never had a bad hair day". Filled with hilarious moments, cute cats and obsessed owners, this documentary is a real hoot.

What it's about: The world through a dog's eyes. This documentary takes us on a journey of what it's like to be a dog and how it interacts with its environment, humans and other dogs. It follows a number of dogs through their days to test their perception and understanding with input from animal behaviour experts and scientific research. It's an insightful and interesting watch.

Have a favourite of your own? Let us know on Facebook. Happy watching! 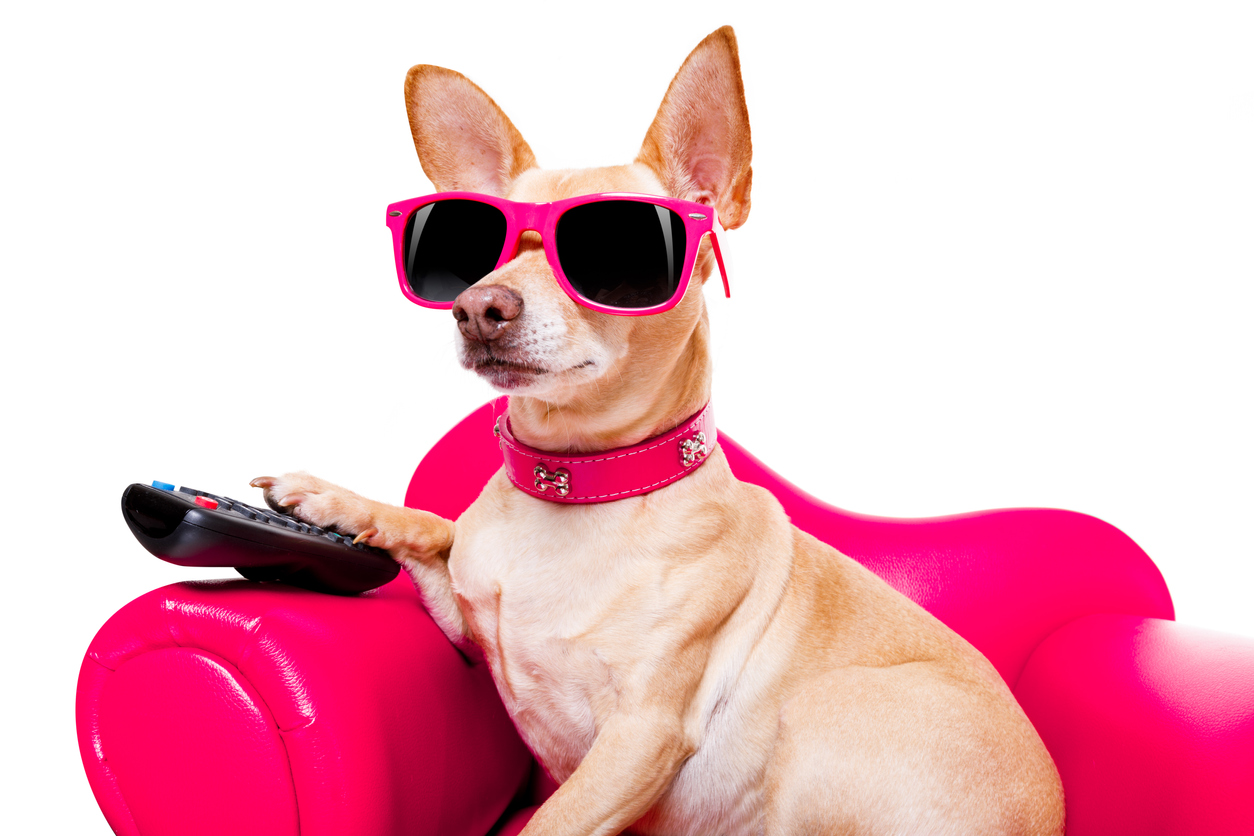